A couple of days ago, N.T. Wright asked a few friends to offer comments
on the present situation in our increasingly threatened world.

Addressing the question of the “church,”
Carey Newman, the executive director of Fortress Press,
lamented that the “church”

“… is vapid, empty, hollow, and has given up hope on the Gospel.”

“We have no cultural prophets.
We have no influence.
Our age, I fear, is increasingly becoming
like that of Christianity’s beginning.
Small, inconsequential, ignored.  Shrug.
Living here on the buckle of the Bible belt
should give me encouragement; but it doesn’t.
It only fosters further dismay.”

“I only know three responses
—pray more, read the Bible more, drink more.
Two of the three help, I am sure.
The question is which two.”

With that question hanging,
I put on Leonard Cohen (rather loud)
as I began to hang laundry. 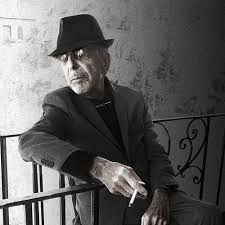 With Cohen in the background and
laundry in the foreground,
I got to thinking of Tom’s question
about our present situation,
now that Carey had animated
my imagination (and thirst).

To which Carey offers wise counsel:

“pray more, read the Bible more, drink more.
Two of the three help, I am sure.
The question is which two.”

You should see the empties piling up on my porch.

But perhaps I would add,
listen more and grieve more.

I would suggest that, wouldn’t I.

After all Mr. Cohen is playing in the background.

And when I sat to write down some thoughts,
what should the shuffle feature provide me but,

The party has gone on as long as it could,
and it’s closing time

I’ve spent my whole life with a sense of ending. 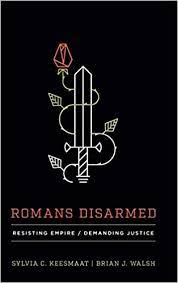 From my first book, The Transforming Vision
(with Richard Middleton)
to my most recent Romans Disarmed
(with Sylvia Keesmaat)
I have found it necessary to reflect
on the end of modernity,
the end of the global capitalist empire,
the end of colonialism,
and now, the end of the world as we know it.

That kind of talk can be cheap,
even smuggly triumphalistic.

But I’ve tried, with my various co-authors over the years,
to also face the horror of it all.

And so, grief and lament have been crucial,
in my writing, how I curate worship,
in my pastoral ministry,
and deeply in my life.

Today we are surrounded by grief,
and specifically ecological grief and anxiety.

Indeed, the geo-political anxiety that
we should all be experiencing
as Russia flexes its aging imperial muscles,
almost seems to be a footnote to the wider-range
eco-anxiety that has a deep, deep grip on us,
especially the young.

Today that footnote became the main text,
as Russia has invaded Ukraine,
and so, Cold War II begins.

I know that there is no comfort in this,
but empires in their death throes
are always the most erratic, most threatened,
and most dangerous.

But, as far as I can see, this crisis
isn’t a matter of an aging empire
thrashing out at a young upstart
on the geo-political stage.

No, this is two declining empires,
both sensing their mortality,
facing off in a dance of death,
while Ukraine is sacrificed.

If anything, I’d say that the Russian empire
is stronger at the moment,
if only because it has more effectively
and brutally suppressed internal rebellion,
while the American empire is imploding
before the eyes of the world
(with the overt support of Fox News,
and undoubtedly the covert
encouragement of Russia.)

A house divided against itself,
is in no place to repel an outside threat.

Trumpian populism remains, I am convinced,
as great, if not a greater threat, to the world,
and to Western democracies,
as the Russian bear with which it colludes.

There is drinking and dancing,
the party is in full swing,
“but there’s nothing really happening.”

Maybe that is the Awful Truth
which you can’t reveal to the Ears of Youth.

As Cohen sang in “The Future”:

Your servant here, he has been told,
to say it clear, to say it cold:
It’s over, it ain’t going any further

And now the wheels of heaven stop
you feel the devil’s riding crop
Get ready for the future:
it is murder

Cohen isn’t sure that we can reveal such awful truth
to the ears of youth.

But they already know. 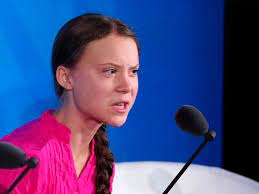 An young girl from Sweden has told us
what the youth already know.

The house is on fire
and the death count will be astronomical.

And so, I circle back to Carey’s comments:

Our age, I fear, is increasingly becoming
like that of Christianity’s beginning.
Small, inconsequential, ignored.  Shrug.

Yes, Carey, except for the shrug.

If this a dismissive shrug
at the prospect of Christian faith having anything
of consequence to offer,
then so be it.

I’d like to join that shrug,
when confronted with the apostasy
of evangelicalism in our Trumpian age.

The problem is that these folks
cannot be shrugged off.

But what if this isn’t just a shrug
at Christianity in our time,
but becomes our own shrug
in the face of the faith that has animated our lives?

You see, it is a small step from shrug to numb.

And if there is one thing we know about the story
of our faith’s beginning,
it is that there was no numbness in that community.

And so, if we are drinking to make ourselves numb,
then we need to know that the booze will run out.

No, my friends, let’s raise a glass
in a toast to resurrection,
against the evidence.

Grief and hope go together.
A shrugging numbness kills both.

My special drink is a bourbon called “Angel’s Envy.”
I drink it in memory of the friend who introduced me to
this fine Kentucky spirit.

Adam Wood lived with us at Russet House Farm,
and he returned from a trip to hear Wendell Berry in Kentucky,
with a bottle of Angel’s Envy.
We would sip it together throughout winter evenings.

Adam was murdered in the LaLoche school shooting
six years ago.

I try to always have a bottle of Angel’s Envy in the house,
and when I drink it, I remember Adam,
I think about the colonialism and trauma that led to his murder,
I revisit my grief at his tragic death,
and I have a little laugh at some of his antics.

But my drinking is never to make me numb,
never to “drown my sorrows.”

I drink to the resurrection.
I drink in radical hope.

Okay, all of this is kind of stream of consciousness,
but back, one more time to Mr. Cohen.

At the very centre of his song, “The Future,”
Cohen confesses that

“love’s the only engine of survival.”

In “Closing Time” he sings:

And I loved you when our love was blessed
and I love you now there’s nothing left
but sorrow and a sense of overtime
and I missed you since the place got wrecked
And I just don’t care what happens next
looks like freedom but it feels like death
it’s something in between, I guess
it’s CLOSING TIME

(Which is only marginally better than
a Russian ideology that never looked like freedom,
but has always felt like death).

Yes, “the place got wrecked.”

Yes, we are called to love, when our love is blessed,
and to love when “there’s nothing left
but sorrow and a sense of overtime.”

And I have had a sense that we having been
living in overtime, or on borrowed time,
my whole life.

The feeling that time is running out,
is nothing new to me.

But while the poet sings,
“And I just don’t care what happens next…”
I do care.

I want a war to be averted, and if that means
that Ukraine does not seek to join NATO so be it.

Now that an invasion has been launched,
I want a strong international response,
and if that requires economic sacrifice, so be it.

I want a future for my children and grandchildren,
and if that requires a dismantling of a fossil fuelled empire, so be it.

I want the silent criers to be held in love,
and if that means that those who dig graves for them
will get that final shove, so be it.

I want the gospel to be alive,
for a kingdom vision to take hold of our lives,
for radical (and undoubtedly small) communities
of resistance and hope to flourish,
and if that means that the colonial and compromised
post-Christendom church of late modernity should die, so be it.