I’m not much for reading the Daily Office.

Well, truth be known, I’ve never read the Daily Office.
That is, until today.

There is a lot to be said for observing the Daily Office,
with its set readings,
days of remembrance and commemoration,
and prayers.

And I guess it was the remembrance and commemoration
that led me to turn to those texts this morning.

You see, this is a day of sad and tragic remembrance
for me and my family.

And I thought that maybe the Daily Office
would have something for me this morning.
Something to hold me,
bring me comfort,
maybe even hope.

There are two psalms set for Morning Prayer today.

The second one is Psalm 52 and if that was all,
I would have got my fix of counter-imperial imagination
in the psalmist’s deconstruction of the deceit of the rich.
Go read it and think about every imperial regime
you know of, and let your thoughts go south of the border
for a minute and you’ll see what I mean.

Yep, Psalm 52 could have stirred up some
righteous (or is that self-righteous?) indignation.
Maybe enough to let go of the sorrow
that weighs over this day for me.

But that was the second psalm.
The first was Psalm 41.

The psalmist begins,
“Happy are those who consider the poor.”

Amen to that.
Because “the Lord protects them
and keeps them alive.”

And I’m stopped in my tracks.

You see, this is a day of deeply sad
remembrance for me,
because two years ago today,
in the Dene town of La Loche, Saskatchewan,
my friend Adam Wood was murdered. 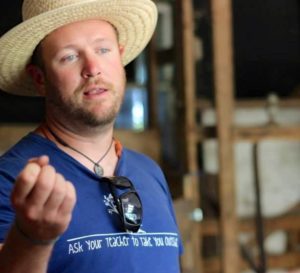 Adam considered the poor,
but the Lord did not protect him or keep him alive.

Now friends, I’m not much into the
interventionist God.
I don’t view God’s sovereignty
in terms of some kind of pious determinism.
And that means that I don’t
immediately blame God when bad stuff happens.

I haven’t been crying out since Adam’s death,
“why did it have to be Adam?”
I haven’t been angry at God
for not intervening when a shotgun-wielding young man
walked into the LaLoche High School
and killed my friend.

Adam’s death made all of this personal for me.
My friend got caught in the cross-fire (literally)
of terrible and willful historical wrongs
inflicted upon Indigenous Peoples in this country.

Today, when I go to the psalms for comfort,
I read that those who consider the poor
“are called happy in the land.”

Adam was a deeply happy man,
and profoundly happy in the land.
But no more.

“The Lord sustains them on their sickbed,
in their illness you heal all their infirmities.”
Not Adam’s wounds.

And so I’ve been sitting with this all day.
A deep spiritual hurt and disappointment
has been smouldering in my soul. 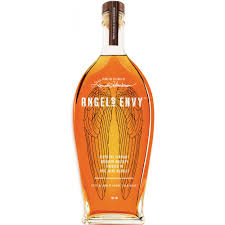 I’ve saved a glass of Angel’s Envy bourbon
for this evening.

When Adam lived with us at Russet House Farm
he went to hear Wendell Berry in Kentucky,
and he brought back my first bottle of Angel’s Envy.
Over the months, we would sip it in small portions together.

And tonight, with a little glass of Angel’s Envy in my hand,
I return to Psalm 41.

You see, the psalmist complains that,
“All who hate me whisper together about me;
they imagine the worst for me.”

Well that is simply not true of Adam.
Anyone who knew my friend,
could only imagine the best for him and of him.

The psalmist says that his enemies
“think that a deadly thing has fastened on me,
that I will not rise again from where I lie.”

Well, Adam’s assailant wasn’t his enemy.
And while a deadly thing did indeed fasten on my friend,
we buried Adam in the sure hope that he will indeed
rise again from where he lies.

And the psalmist then confesses,
“By this I know that you are pleased with me;
because my enemy has not triumphed over me.
But you have upheld me because of my integrity,
and set me in your presence forever.”

A deeply disturbed and broken young man
shot Adam Wood.
But I will confess with the psalmist
that God was pleased with my brother Adam.

As hard as it is for me to feel this in my continued grief,
as hard as it is to confess this in light of God
not saving my friend’s life,
I confess, indeed I proclaim,
that God honours this man of integrity,
and that Adam is beloved of God,
set in the divine presence forever.

Angel’s Envy.
A good bourbon to drink in honour of Adam Wood.

You see, not even the angels meet that kind of integrity everyday.