The apostasy of such a large segment of the white evangelical church
in the United States has left me deeply disturbed in my soul.

I am, after all, a convert to Christian faith.
I know the power of the gospel to transform human lives.

I met Jesus in the context of an “evangelical” ministry in the inner city of Toronto.
And while I have never fully identified with that tribe of Christian faith,
I have often defended them against their detractors.

A church that could so blindly follow a demagogue like Donald Trump has lost its soul.
It has lost its connection with the Head, with Jesus who is the Lord of the Church. 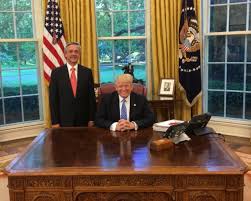 And hearing Pastor Robert Jeffress on Fox News last night
threaten Civil War if Trump is impeached
is as clear a demonstration
of this man’s apostasy as could ever be imagined.

Robert Jeffress is a false prophet,
a religious lackey of a degenerate President.

And that got me to writing this:

They had been in the wilderness a long time.Dismissed as culturally irrelevant.Increasingly humiliated and marginalized.And they were hungry for legitimacy.So he offered to feed that hunger.Who wouldn’t take such an offer?They had been stripped of power.Their moral majority ignored.Any access to power denied.And they wanted to reclaim their political power.So in return for worship he offered them more power than they could imagine.Who wouldn’t take such an offer?Their faith had been mocked.Their piety sneered at.Their naive trust in God scoffed.And they wanted religious legitimacy.So he appealed to their faith language as if it was his own.Who wouldn’t follow such a leader?
Well … Jesus wouldn’t.

The majority of white evangelical Christians in the United States
would succumb to all of these temptations.
But Jesus wouldn’t.

With blind ideology they have grasped for legitimacy,
gained access to the halls of power,
had their piety pandered to,
and lost their souls.

Who wouldn’t accept such an offer?
Jesus wouldn’t.

3 Responses to “Evangelicals, Temptation and Apostasy”