The stories in this post are used with the consent of the people involved. They have all requested to remain anonymous, but have consented to share their ages because this post highlights young Anglicans who have left the church.

I’ve heard a lot of talk lately about getting young people who stopped attending church during the pandemic back. The popular narrative is that due to zoom fatigue, young adults stopped attending church when it was all online, and since in-person has started again, they just haven’t come back. So we need to reach out to them and remind them that we are still here. While this is definitely the case for some folks, it is not the full story.

I have many young Anglican friends across the country who have stopped attending church in the last few years and have no plans ever to return. There are a few reasons for this, but there are two main ones I want to talk about here. 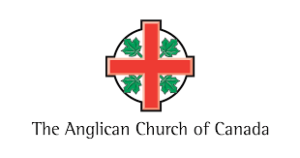 The first is the failure of the vote to change the Marriage Canon at General Synod 2019 . Numerous friends my age were done with the church the moment that vote failed. The trauma of that night was too much. There was no coming back. I have many stories of young Anglicans who have left due to the trauma of that failed vote. Here are two of them.

I had coffee with a 25-year-old friend the other day who still has nightmares from watching the live stream of that night. They had to go to an Anglican church last month for a funeral for a family member. This was the first time they had entered a church since the Sunday before General Synod. The moment they entered the church building, they had trouble breathing and spent the whole service fending off a panic attack. They couldn’t fully grieve their loved one that day because the trauma of General Synod is still with them even three years later.

Another friend, who’s 31, doesn’t know if she’ll ever be back. She misses her parish community dearly, and she knows that her parish is fully affirming and has been for years, but she can’t move past the betrayal of the national church. She says she also feels betrayed by how fast the rest of the church seems to have moved on. She’s been told that it’s been years, she should be over it by now, and that betrayal is also keeping her from returning. Betrayal upon betrayal.

The other main reason I’m hearing about why young people have left, or aren’t coming back, is how the national church is handling ACCtoo. Once again, I have many stories of young Anglicans who have abandoned the church due to this, stories that break my heart every time I think of them. Here is one of them.

After I made a post about ACCtoo in March 2022, a 27-year-old woman from western Canada reached out to me. She was considering leaving the church she had been at since birth because of how the national church was responding to ACCtoo’s open letter and how they handled the breach of confidence that led to that letter being written in the first place. We talked for a while about making the hard decision to stay and fight for a better church. She reached out to me again after the responses from the Anglican Journal Editorial Board,  and again after the CBC ran a story on ACCtoo in which the Primate said she has no plans to respond to the calls to action in ACCtoo’s open letter.

This young woman shared that staying in the Anglican church was getting harder by the day. At the end of June, she wrote to me that she had just had her last Sunday as an Anglican, that she couldn’t in good conscience continue to be a part of a denomination that handles issues of abuse and the safety of survivors so badly. She loves her church, but she can’t stay any longer. As a woman, and a survivor of abuse herself, although her abuse didn’t occur in the church, she no longer feels safe in the Anglican Church of Canada.

Last November, I was meant to be confirmed, a process I had started in early 2020 but got delayed due to the pandemic. I was excited to finally take this step in my life as an Anglican. A few weeks before I was meant to be confirmed, I received a summary response to the Anglican Journal investigation report on the breach of confidence at a meeting of the Council of General Synod (on which I am the Ontario Youth Delegate). This document has now been shared publicly by the national church. Due to what I learned in that meeting, I no longer felt comfortable being confirmed in the Anglican Church of Canada and cancelled my confirmation less than two weeks before the date. I hope that one day I will feel proud of my church and safe in my church again, and then maybe I’ll revisit the idea of being confirmed. But the way the national church is going right now, I don’t see that day coming very soon.

I’ve stayed, I love the church, and I believe we can do better. We can be the church we dream of, and I am staying to fight for that church. But I don’t blame those who’ve left. Some days, I wish I was one of them. The church is my home, but right now, the church is also my trauma. And it is the trauma for so many young Anglicans across the country. We need to do better and, against all the evidence, I still believe that we can.

Finn Keesmaat-Walsh is a youth leader in the Anglican Church of Canada.

One Response to “Why Young People are Leaving the Church”