[A sermon preached for Remembrance Sunday, in the Season of Creation, at Christ Church, Coboconk and St. James, Fenelon Falls, on November 10, 2019]

May the words of my mouth and the meditations of our hearts
be acceptable to you, O Lord,
our rock and redeemer. Amen.

I begin with a poem called “The Peace of Wild Things”
by the Kentucky farmer, Wendell Berry: 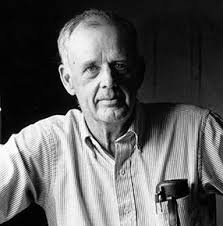 When despair for the world grows in me
and I wake in the night at the least sound
in fear of what my life and my children’s lives may be,
I go and lie down where the wood drake
rests in his beauty on the water, and the great heron feeds.
I come into the peace of wild things
who do not tax their lives with forethought
of grief. I come into the presence of still water.
And I feel above me the day-blind stars
waiting with their light. For a time
I rest in the grace of the world, and am free.

“When despair for the world grows in me” writes Berry.
When anxiety takes hold of me in the night,
when my heart is in turmoil for fear of what future
my children, and grandchildren, might inherit,
that is when the poet seeks solace, comfort and hope
in “the peace of wild things.”

Have you ever taken a walk in the woods,
or sat gazing at the stars,
or wandered through a park,
or sat out on the lake in a canoe,
or taken a stroll down your own street
after a fresh snow,
or in the cool of a summer evening,
because you knew that in,
smelling the trees,
spying a shooting star,
laughing at the antics of a squirrel,
seeing a fish jump,
hearing the crunching of snow underfoot,
feeling that soft breeze on your cheek
there would be comfort and a calming of your soul.

Perhaps that is something of what the poet means when he writes:
For a time
I rest in the grace of the world, and am free.

But notice that it is despair that sends the poet
into the peace of wild things.

Such immersion in the beauty and wonder of creation
is a profound antidote to despair.

Indeed, much despair in our culture, much anxiety,
is rooted in what has been called “nature deficit disorder.”
Folks spend too much time surrounded by steel and concrete.
Even rural folks like us spend too much time inside
faces glued to computer and television screens.
No wonder doctors are now beginning to prescribe
nature activities to address a whole series of ills.

Last October I accompanied a group of students
on a trip to Poland and Germany.
We were visiting Holocaust sites,
and I was along as a chaplain providing emotional and
spiritual support to the group.

When the despair of the world is overwhelming,
go to the forest.
The trees will bring healing. 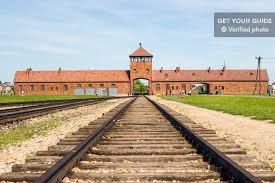 So I did.
After coming in the famous gates of Birkenau,
and walking the terrible train track
to the ruins of the massive crematoria
and gas chambers,
I kept going to the forest beyond.
It was a young forest,
and yet those trees had soaked the memories
of what had happened there through
the blood and ash polluted ground
in which they grew.

And Sylvia was right.
There was solace, healing and peace
amongst those trees.
So I walked and I prayed and I wept.

I could still see what was called “Canada House” off in the distance.
Do you know why the Nazi’s called it Canada House?
Because Canada was viewed as a rich nation,
and Canada House was the warehouse in which
the possessions of the newly arriving Jews were sorted.
You see, many of the people transported on those trains
brought their most valuable possessions with them:
jewelry, money and treasures,
hidden in suitcases, sewn into their clothes.

And there I was enjoying the relative peace of wild things
with Canada House peaking out through the trees,
standing as a testimony to all that might cause despair.

Job was a man of despair.
Like the victims of the Holocaust,
everything had been stripped from him. 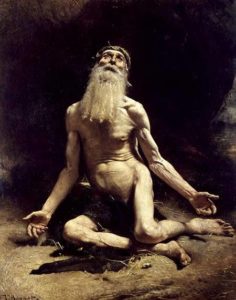 And when we get to the end of this stunning example
of ancient Hebrew poetry,
God replies to Job’s despair by showing him creation.

But this is no peace of wild things for Job,
this is no invitation to take solace in the forest.
God’s answer to Job’s complaint,
the divine response to the injustice of Job’s suffering
is neither to give some justification for it all,
nor to prescribe a walk in the woods,
but to invite Job to consider just how little he knows.

Consider creation, Job.
Have you comprehended the expanse of creation?
Do you know of its foundations?
Can you measure the cosmos?
Do you fathom the complexity of time?

Job, I know all about your despair.
But tell me, have you heard the morning stars sing,
or the heavenly host shout for joy?

Might such cosmic joy put your despair in perspective?

Creation can do that to you, my friends.

You see, Job represents the whole human race.
We are homo lingua – the creature of words.

But listen to what?
Well remember this morning’s psalm:

The heavens are telling the glory of God;
and the firmament proclaims his handiwork.
Day to day pours forth speech,
and night to night declares knowledge.

Like the challenge to Job,
the psalmist invites us to shut up and listen
to the very voice of God proclaimed throughout all of creation.

True enough, there is no speech, nor are there words.
We can’t literally hear the voice of the cosmos,
let alone the trees, the waters and the animals,
yet their voice goes out through all the earth,
and their words to the end of the world. 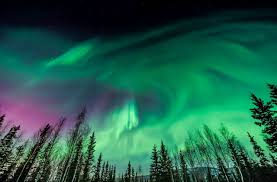 As Indigenous peoples
have never forgotten,
creation is not mute, but eloquent.
Creation bears witness to the Creator,
speaks without words,
proclaims knowledge and wisdom, without voice.

Have you ever heard that voice
while walking in the woods?

Have you maybe glimpsed the creative word of God
while gazing at the stars?

Have you sensed the wisdom that permeates all things,
wandering in a park,
or sitting in a canoe?

Or were you distracted by the worries of the day?
Was your mind filled with images from the daily news?

Did the foolishness of so many of our words
make you deaf to the word of God proclaimed by creation?

Was the voice of God drowned out by just too much damn noise?

Was the firmament so shrouded by pollution
that you couldn’t see what God was proclaiming?

Has the climate crisis stripped us of not only our hope,
but of the heart, mind, eyes, ears, and imagination
to hear and know the word of God
that the skies, the galaxies, the whole magnificent
and wonder-inspiring creation proclaims?

Maybe we were so deaf to that voice,
so distracted by the sin all around and deep within us,
so recalcitrant against the word of God that is our very life,
so caught up in our own despair,
so devoid of the humility of listening,
that God had to make it obvious.

Maybe we so suppressed the truth of God
proclaimed clearly by creation,
that the Word had to become flesh.

Now this is one of the most stunning and audacious
things about Christian faith.

If you have ears to hear the word proclaimed by all of creation,
if you listen closely to the cosmic voice of God,
it sounds just like Jesus.

Or perhaps we could put it the other way around.
If you listen closely enough to Jesus,
if you hear his voice, dwell in his words,
indeed, dwell in his presence,
then you just might find that a wonder is born in you
that is akin to nothing less than the wonder of creation.

The world is created by the Word who is Jesus,
but the world did not know him or accept him.

The Word is proclaimed by creation
and we are invited to wonder and obedience.
But in our violence, despair,
enmity, impatience, exploitation,
infidelity, harshness and greed,
we reject the Word of life,
only to embrace a path of death.

And yet, the Word still speaks.
The voice can still be heard.
The invitation to wonder is offered anew.
The Word can still be received.

And all who receive the Word,
all who open their ears, minds, and hearts
to this Word, now made flesh in Jesus,
are given the power to become nothing less
than the children of God.

And in that power,
born anew by the very same Spirit
that mid-wived the birth of creation,
there is the fruit of new creation.

You see, the Word that calls all of creation into being,
the Word made flesh in Jesus,
bears rich fruit in our lives.

The fruit of the Spirit is love, joy, peace, patience, kindness,
generosity, faithfulness, gentleness, and self-control.

And where the fruit of the Spirit is manifest,
there is a new creation,
all things are reconciled,
and we can come again
into the peace of wild things
where we can
rest in the grace of the world,
and be free.

And so again,
may the words of my mouth
be worthy of the word that creation proclaims,
and may the meditations of our hearts
be acceptable in the Lord’s sight,
for God is our Creator and our Redeemer. Amen.