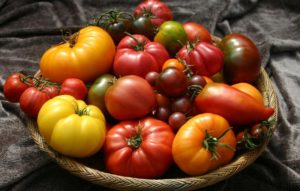 [The fourth in our series of responses to essays published on The Living Church site.]

Brokenness in community is always difficult. A feeling of betrayal in a community is a powerful reason to consider leaving. The story of the young man who feels he can no longer remain in the Anglican church with which Jonathan Turtle begins his essay “Fruits Worthy of Repentance” draws us into the heart of such brokenness. It creates, as it should, a sense of loss for us. For many It also creates a sense of urgency. As a denomination (like all denominations) we Anglicans are losing members in Canada, particularly our young people. When we know that certain decisions will definitely cause people to leave, we want to batten down the hatches, do what we can to make them stay, and use their possible departure as leverage for our decisions.

The problem is, the argument can cut both ways. I teach seminary students. For the past few years, most of these students have been from evangelical churches.

Every single year I have a few students who are barely hanging on to their Christian faith.

These are not young people considering leaving the Anglican Church for another denomination; they are not going through a process to become Roman Catholic or Greek Orthodox. No, they are trying to decide whether to remain in the Christian faith. For them, seminary is a last kick at the can to see if Christian faith has anything of relevance to say to the problems of this world and the issues they are struggling with.

These students are just the tip of the iceberg. For every young person that I teach struggling with whether to remain in the Christian tradition, there are far more who simply leave. Unlike the young man described by Rev. Turtle, they do not go to another church. They shake the dust off their feet and turn their energies elsewhere.

Let’s be clear here, the bright, engaged young people whom I teach at seminary and who are struggling with Christian faith are doing so because of the church.

They want to follow Jesus, but find that the church doesn’t provide a context in which to do so.

They are struggling because their churches teach a version of Christian faith that is often too heavenly minded to be any earthly good.

They have watched their Christian communities exclude their friends who are lesbian, gay, transgender and queer.

And they have watched all of these things happen while the church has blithely grasped a few prooftexts (“we have dominion over the earth” “submit to those in authority” “God gave them up to degrading passions”) while ignoring the redemptive and reconciling thrust of the whole biblical story.

They are leaving because the church has remained in a Platonic, creation-denying, imperially-shaped and colonial “orthodoxy” while ignoring the way that the Bible is speaking a living word through the Spirit into the sin, and sorrow, and violence of our own time.

In the face of this far greater exodus, it just doesn’t seem as important to me to be worried about people who leave one Christian church for another Christian church. I’m enough of an ecumenist to believe that they will be able to follow the path of discipleship where ever they find themselves.

I’m much more concerned with with those who conclude that Christian faith has nothing to offer the brokenness of their own lives and our world. These are the lost sheep.

And while it may be tempting to suggest that their decision to leave is a form of self-excommunication, the reality is that what they have cut themselves off from is not really Christian faith but rather the church. They are, in fact, like the young man to whom Jesus spoke, “not far from the kingdom.” (I am reminded of a friend of mine at Oxford who announced one January that he had rejected Christian faith. When we questioned him closely, we discovered that he had rejected Stoicism. He was, thankfully, happy to discover this and is now a leading Christian thinker in England.)

Now, if we followed the sort of figural reading of scripture that Rev. Turtle proposes, we could perhaps put a better spin on the departure of these young people.

Perhaps they are figurally paralleled by previous hard-hearted groups, and it should be no surprise that “looking they may not perceive, and listening they may not understand” (Luke 8.10, referring to Isaiah 6.9,10).

Perhaps they are the unfaithful part of Israel that was judged, not the remnant that remains faithful.

You see, while it is true that we can learn something about our relationship to God, God’s response to our faithfulness or unfaithfulness, and our calling in the world from the story of Israel, it isn’t the case that we can just blindly draw analogies between Israel and the church.

The only similarity between the division of ancient Israel into two kingdoms and contemporary splits in the church is the word “division.”

Everything else is different: the historical circumstances, the socio-political structures being described, everything. Often this sort of figural reading is a license to draw untethered parallels between things that happened over two thousand years ago and things happening today.

Even where there are rules and fictional stories in the Bible, they are all rooted in this larger historical narrative. For example the ten commandments begin with the story “I am the Lord your God, who brought you out of the land of Egypt, out of the house of slavery . . . “ (Exod 20.2).

In the biblical story we see how God is working to bring redemption, forgiveness, healing and blessing back into a world that has been distorted, cursed and subjected to sin by human disobedience. The whole story from Genesis 3 onwards is about God’s attempt to bring such reconciliation to the world (for God so loved the world . . .). The people of Israel, who were called to be a blessing to all of the nations of the world (Gen. 12.3), were intended to show the other nations what it looked like when a people were holy, when they followed God as they were supposed to. All of the laws about planting and sowing, not taking interest and freeing slaves, gleaning, sexual mores, how to build your houses, how to look after a lost ox, how to forage from the wild, and what clothing to wear, all of these are intended to show what God’s kingdom looked like on earth as it is in heaven.

This disobedience is described throughout the biblical story as idolatry and whoring after other gods, a promiscuous dabbling in ways of ordering our social and economic life that perpetuate injustice rather than bringing God’s new creation.

When Jesus enters the story in the incarnation, “when the fullness of time had come,” according to Paul in Galatians 4.4, he came both to show Israel what their true calling was, and in his death and resurrection to break the deathly hold that evil had over the world.

We can learn from God’s interactions with Israel who God is and who God calls us to be. But figural readings can easily become historically anachronistic and theologically self-justifying.

If we want to speak about judgement it is perhaps better to ask, what is the vision of the kingdom that we see in the laws of ancient Israel? What was God calling God’s people to be? How did they differ from the cultures around them? What kind of community was Jesus shaping around himself? How did that community challenge the surrounding culture? How did it bring healing and how did it bring hope? What kind of community was the early church called to be? How did the early church challenge the evil and sin of the surrounding culture, and how did it proclaim and demonstrate God’s forgiveness, healing and hope?

How do we become the church that God calls us to be in this moment of contention and division? We listen to the movings of the Spirit. We look to the early church for guidance in working through our disagreements.  We ask ourselves what kind of a community God has called us to be and what would bring healing, forgiveness and hope for the brokenness, sin and despair of our culture.

For many of those young people who are questioning the faithfulness of the church to the story of Jesus, there is no disconnect between the story of God working in the world and the lives of their LGBTQ+ friends. They see the Spirit at work in the lives of these siblings. They see God’s covenantal faithfulness in the marriages of their LGBTQ+ friends who have chosen faithfulness in a culture of promiscuity. They see God’s forgiveness in the way that those in the LGBTQ+ community seek to stay and faithfully serve in the churches that have condemned them.

Perhaps if we became a church that saw God’s grace and the fruit of faithfulness in the most unexpected places, we could become a community that did indeed demonstrate the “fruits of repentance” precisely by the fruit of the Spirit.