[Dave Krause’s Wine Before Breakfast sermon on Colossians 1.15-20 reads as something of a manifesto!]

And he is the head
of the body, the church

Reconcile all things
– bringing peace
– weaving shalom
– through the worst of torture, punishment, control,
and death that an imperial regime could impose?

And today
– in a world of crisis
– a climate crisis
– a crisis of refugees
– of precarity
– of debt
– of isolation & oppression,
how could we imagine such a strange hope?

Peace on Earth
Hear it every Christmas time
But hope and history won’t rhyme
So what’s it worth
This peace on Earth?

In this season of Epiphany our journey continues from the 12 days of Christmastide, bearing witness to the appearance of the Prince of Peace in the land of Judea in a wholly unexpected form.

The people that were under occupation – politically, militarily, economically, and spiritually – barely noticed the birth of another little baby named Jesus, named Yeshua, or Joshua – the one who rescues, who delivers, indeed the one who might signify real salvation.

Hope and history didn’t seem to rhyme very much in the time of Caesar and Herod and they don’t seem to rhyme very much in the world that surrounds us now. The land that was in darkness was disappointed in the many ‘great’ lights that promised freedom and peace – just as we experience today. Messiahs might come to liberate, pretender kings might promise the return of the glory days, but it all came to naught – or worse.

And what do we live in the shadow of today? Great states, scared of the world around them, scared of their own people, and the seeming inability to adequately control or corral either. And so they enact their little machinations, couched in language of peace, of prosperity, of growth, of protecting democracy, of real change, of being great again. And the ones who sit behind the political entrepreneurs build their gilded houses, wondering if the moats and barriers they surround themselves with, will be enough when the floodwaters rise, when the masses revolt, when the rules of the game break down too fast for them to adjust to.

Dwelling underneath and within this state of affairs, we try to respond to the yearnings within us. The yearning for meaning and success in our studies, the yearning for a stable job that pays the bills, the yearning for better health, for acceptance, for friends, for relationship, for community, for a home. And maybe when we have the little extra bit of headspace – the yearning for a world that isn’t headed for climate driven catastrophe, the yearning for an end to assassination programs and cross-border incursions – for even an end to exclusionary borders. If we’re really dreaming, we might even yearn for economic and social equity.

But most of the time for us or for our friends, family, or neighbours – it’s a lot of pressure, demand, stress, isolation, and anxiety – punctuated by a smile if we’re lucky. So we find the façade that works best for us – and we practice well.

If you twist and turn away
If you could tear yourself in two again
If I could, yes I would
If I could, I would
Let it go
Surrender
Dislocate

We live in a world of addiction, a world that is addicted to a flawed and destructive understanding of power, and that addiction winds its way into our very bones. And so we find ourselves acting out the patterns that wind themselves through the halls of power, captive to the same things that imprison those ‘shiny people’ in the fortress towers and chauffeur-driven limousines of our land. We become addicted in small ways (and sometimes in greater ones) to just a little more status, a little more recognition, a little more money, and a little more stuff. (even books…!) If that’s not a sign of captive imagination with a great cost, I don’t know what is.

And into such a world, we hear the lines of this poem – of this hymn with crazy, audacious claims.
Can we possibly imagine that this would be the sort of song or poetry to rhyme a tune of real hope?

“He is the image of the invisible God, the firstborn of all creation, for in him all things in heaven and on earth were created, things visible and invisible, whether thrones or dominions or rulers or powers – all things have been created through him and for him. He himself is before all things, and in him all things hold together.”

If we hear this just right, the claims to power and authority around us
– of the state and its pageantry and rituals and of the housing market and the internal logic that drives the great players, over the needs of both the most marginalized and even the ‘middle class’
– of the world of Big Data and the players that own and construct the platforms and pipelines that make us the product, not the consumer
– of the institutions and individuals that demand ever increasing profits and monopolies within global markets, at the cost of decent and fairly remunerated work, of security of persons around the world, and even of the land that sustains us
– these claims are the protestations of pretenders.

Jesus of Nazareth – who lived and died in First Century Judea,
is the Messiah.
He is the one who – if we have the eyes to see – shows us who God is.

In this Jesus, everything that we can imagine (and even what we struggle to imagine), holds together.

These institutions, corporations, states, and rulers twist and rebel against their purpose
– they use their power in ways that pollute, and corrupt, demean, and destroy
– but that purpose and that end is ultimately subject to the sovereignty of this Jesus.

Whatever manifestation of this will to power
– whether Caesar, or Herod, or the legions, whether Presidents, Prime Ministers, Premiers, Mayors, air forces, navies, special ops, police, or paramilitaries, whether the Chicago Mercantile Exchange, Goldman Sachs, the Troika, Walmart, the University of Toronto, Google, Facebook, or Restaurant Brands International & Tim Hortons
– they ultimately owe allegiance to Jesus the Christ.

And where does this thread of subversion take us?

We are invited and welcomed into this new community, into the church.

The church is the new body politic
– not imperial regimes, corporations, universities,
or social media networks.

This body is under the head of Christ – but the ‘headship’ is not the headship of kings, centurions, corporate titans, CEO’s, or ‘influencers’.

The headship of Christ is shaped by the cross
– the ultimate instrument of terror
– an instrument on which the Son of God was crucified and put to death.

And that’s where it gets even more mixed up.

In a world of unhealthy ego and abuse of power
– violence needs to be met with more violence
– strength with strength – because that ‘always’ ends it.
Doesn’t it?

Except this time the violence was returned with sacrificial love
and the cycle was stopped.

Reconciliation has begun – even if we see and feel and hear the hurt and brokenness around us, and yearn for the day when it is made complete.

And why was this reconciliation to come from the worst
of what we can do to each other?

Because Jesus Christ rose from the dead.
Because resurrection happened.
Because the grave doesn’t win.

This astonishing flip of the script from a story of the success of cunning and well-devised plans, to the narrative of missionary journeys and new communities around the Mediterranean and beyond, happens because something was opened up on Easter Sunday.

In the story of the Gospels we know that it was the stone rolled away from the entrance of the tomb, but in this poem we find that it was even so much more.

In the journey from death to resurrection God was bringing into being a New Creation.

All of creation now begins to bend back into harmony with God and the vision of a deep and everlasting and generous and fruitful peace becomes something that you can just start to catch a glimpse of.

And so it comes back to the church
– those being welcomed and called into the community of the people of God.

In this body we are loved and reminded that our ultimate allegiance is not to the powers of this world around us, but to Jesus the Christ who is in the image of God – not the image of any false idol that seeks to hold us captive – whether institutional, governmental, corporate, or otherwise.

In the church– in Wine Before Breakfast
– in other Christian communities that we hold dear
– we are invited into new habits, new disciplines, and new practices.

The challenge is both to how we gather as a community, how that interacts with the patterns of our lives, and the ways in which we live out God’s reconciling mission to our neighbours and to the world.

The ritual of a common meal in which we extend grace to each other, our generous and discerning stewardship of God’s gifts (personal, corporate, and in the land, water and air around us), and in the bold witness and work of proclaiming Jubilee in a world that so desperately longs for it – whether knowingly or not.

We must be mindful of the ways in which we hold power in our relationships and communities – allowing the story of the cross to the empty tomb to shape our practice – not the seductive and easy way of the rulers of this world.

Let us participate in this upside-down Kingdom together
– in our community life, in our friendships, in our families, and with our neighbours.

As resurrection people, my prayer for you is that
your scholarship has threads of hope and new life in the field you find yourself in,
that your work has a special creativity and fruitfulness that adds to the place that you live,
that your art wonderfully shapes imaginations starved for beauty and in desperate need of new stories and metaphors,
and that your ministry slowly opens up space for the radical love of Jesus to infuse the spaces that need it most.

At the end of Seamus Heaney’s ‘Doubletake’, we hear the words:

History says, don’t hope
On this side of the grave.
But then, once in a lifetime
The longed-for tidal wave
Of justice can rise up,
And hope and history rhyme.

We are free, people!
We are free and are granted the indescribable gift
of participating in God’s reconciling mission to all of Creation! 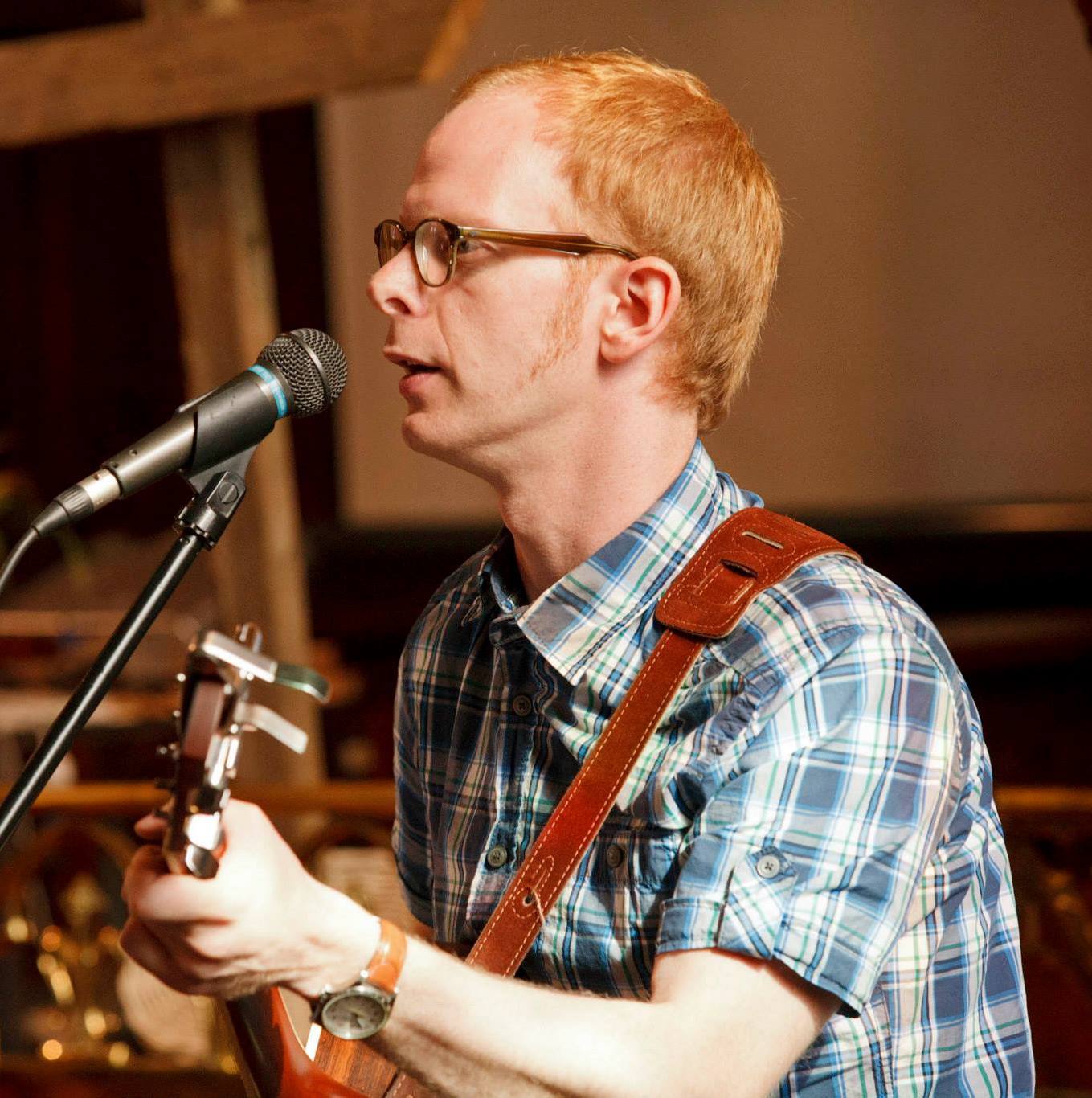