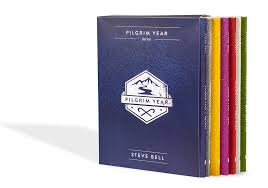 I’ve got a confession … again.

I am weary from the pilgrimage and wary of all sentimentality.

The path of discipleship is too hard for cheap answers,
too radical for pious narcissism,
and too dangerous for a spirituality of sweet comfort.

So, for me,
any spiritual discipline,
any path through the liturgies of the church
and the narrative of the Christian year,
that is not in touch with the real struggles,
pain, disappointment and despair
of life in this culture at this time,
will leave me cold.

I mean that literally.
So much Christian spiritual writing leaves me cold,
because it fails to generate the heat of hope
in my life. 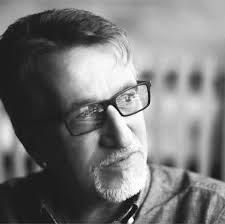 But a few years ago, my friend Steve Bell
teamed up with the profoundly talented
poet/priest Malcolm Guite
to produce an Advent album
of beautifully gritty and evocative songs,
Keening for the Dawn.

Advent as a time of keening.
A longing filled with tears and even wailing.

Here was an invitation into Advent through the door of lament.

In my review of Keening for the Dawn I wrote:

“Lament is rooted in memory and directed towards hope.

Steve Bell puts it this way:

That’s why a season of anticipation,
necessarily looks backwards.

That is what liturgy and the Christian year is all about.
Through Advent, Christmas, Epiphany, Lent,
Holy Week, Easter, Pentecost, and Ordinary Time
we are invited to join the Great Story anew,
and revisit these foundational memories,
to rekindle hope in the face of another damn year of disappointment.

The result is a collection of seven small books
brought together under the title, Pilgrim Year.

Not surprisingly, this is a pilgrimage with a soundtrack,
happily provided on two accompanying cds.

With the kind of poetic, pastoral and prophetic voice
that we have come to expect from him,
Bell invites us to sojourn with him on the path.

This is a spirituality for the road,
not for staying put.

This is a spirituality for the weary and wary,
not the smug and self-secure.

This is a spirituality of deep memory,
not pious nostalgia.

This is a spirituality with bruises and dirty fingernails,
not easy contentment.

This is a spirituality of radical hope,
not cheap optimism.

Humans are storied creatures,
the question is always, “which stories?”

Precisely when our cultural story seems to be
spiralling out of control in a morass of deceit,
power grabbing, and violence,
Bell invites us to rehearse and reharrow
the story of Christian faith.

How else could we engage a story
that narrates the broken heart of God,
the groaning of all creation,
and the conflicted sorrow of humanity?

We are keepers of the Story,
Bell claims.

Echoing the call to “tend and keep” of Genesis 2,
we are called to be stewards of the Story,
tending and opening up the Story so that it bears fruit,
while keeping and protecting it as a precious gift.

No wonder Steve Bell’s art has always
been animated by a spirit of gift and generosity.

For all these years, Steve has offered us
songs and stories rooted in a spirituality.
acquainted with sorrow,
and awakened by grace.

The rehearsing and reharrowing
of the living Story of the living God
who is hopelessly in love with Creation
and all its inhabitants,
evokes and engenders
a transformed imagination of hope.

Steve Bell’s Pilgrim Year series
invites us to such an imagination.