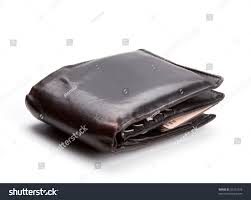 I have a picture in my wallet.

It is not a picture that I pull out when I meet old or new friends.
It isn’t of any of my children, nor of Sylvia, not even my grandson Oskar.
And I confess that I’m not always so sure
why it is this picture, and no others,
that I carry with me wherever I go.

Members of the family
might have some theory about why I carry this picture,
but I haven’t really gone too deeply into my reasons
for the permanent place that this picture has in my life.

At least, not until today.

You see, it is a picture of my father
and in his arms he is holding
a three year old version of me,
together with my older brother.

My brother seems relatively confident and secure
but I’ve got both arms around my father’s neck.

Was it affection, or is there a sense of this child
holding on, holding tight,
not quite so sure of just how safe and secure
this relationship is?

Now I might be reading back into the situation
because one of the most formative things in my life
is that the father who I am hanging on to in that picture
was, in fact, neither secure nor was he safe.

Indeed, my overwhelming experience of my father
was one of betrayal,
and shortly after my parent’s separation just a few years later,
I emotionally divorced my father and never intentionally met him again.

So why the hell do I keep the man’s picture in my wallet?

The deep and rich promise of a father/child relationship
was profoundly broken by him.
The trust that a child should be able to have in a father
was betrayed.

He was a useless father.
And yet I still keep that photo.

If Jeremiah had a wallet with a picture in it,
I’m pretty sure that that picture would not have been
of any of the kings of his day,
and it certainly wouldn’t have been of David,
as a father of the faith,
and a hero of Israel.

And I’d also be pretty sure that it wouldn’t have
been of Levi, or Aaron, or any of the high priests of Israel
that descended from Levi.

Maybe a picture of his dad might have been in his wallet,
and his dad was indeed a priest, perhaps even a high priest,
but I kinda doubt it.

You see Jeremiah had been on a collision course
with both the monarchy and the priesthood
from the moment of his call to prophetic ministry.

He looks at the monarchy, the tradition of David,
and sees nothing but betrayal.

Even the good king Josiah,
who was on the throne for most of Jeremiah’s ministry,
never gets an endorsement from this petulant prophet.
Jeremiah understands that Israel’s desire
for a king “like the nations”
got them exactly what they asked for
– “a monarchy like the nations.”

The promise of a kingship that would lead Israel
in the paths of righteousness and shalom
lies smashed to pieces on the floor of history.

The hope of a leadership that would wisely shape
a community of justice and covenantal fidelity
has been burned up in the wildfires of betrayal.

And things were no better with the priests,
who so often could quickly pollute worship of Yahweh
with offerings (include child sacrifice) to idols.

This priestly caste, serving in the temple
next door to the royal palace,
domesticated God as they provided
sacred legitimation to the royal regime.

You see, Jeremiah is both seditious in the face of the king,
and a betrayer of family identity and pride
in his attack on his own priestly kin.

“To hell with all of it!” cries Jeremiah.
It’s over, it ain’t going any further.

Kind of like me with my dad when I was about twelve years old.

And yet, here at the very end of Jeremiah’s book of consolation,
as if God saved one last oracle of hope for this prophet,
the word of the Lord comes again to Jeremiah.

The word of the Lord comes to Jeremiah:

A righteous branch shall spring up for David.

Somehow from the ruins of the monarchy,
from the grave of the last king,
out of the violence and injustice of one damn king after another,
a new king will arrive who will execute righteousness
and justice in the land.

For David?
Another shot at the failed experiment of monarchy?
A king known for righteousness?

No, says the oracle, David shall never lack one
to sit on the throne of Israel.

Why?
What has someone on a throne ever done for us?

But there is more.

Just as there will not be a lack of a leader
in the heritage of David,
so also will there always be a community
of servants before the Lord.

You gotta be kidding!

But God is dead serious in this oracle.

God has fulfilled the covenant in judgement,
but judgement is never, ever, the last word.

The God of covenant with whom we must deal,
is a God who keeps promises,
even if in ways that we might not understand,
anticipate or even desire.

And to seal the deal,
to offer a guarantee,
God appeals to the covenant with day and night,
the very ordinances, the foundational structures of creation.

Do you see what’s going on here?

Stuck in the future of a shattered past, there can be no hope.
If there is no redemption of the past,
no reclaiming of the promise of the past, failed as it is,
there is no hope for the future.

If in our stories, the betrayals of the past –
whether that past be patriarchal systems of violent oppression,
an economics of extraction that has devastated the planet,
a church experience of pastoral abuse,
complicity in injustice,
or even deep disappointment and hurt in our closest relationships –
if all of these betrayals are taken to be the final determinative of our
present reality and our future,
then the betrayals have finally won.

They have stripped us of hope.

But hope is not born of the erasure of the past.
Hope requires the redemption of the past,
and the reclaiming of its promise.

And I think that is why I keep that picture
of my father in my wallet.

I am my father’s son.
I bear the imprint of my father in my life,
for good and ill.

But I will neither erase my father from my memory,
from my story,
nor will I repeat his betrayals in my life.

I don’t have pictures of Lyds, Madeleine,
Jubal, Sue, Oskar or Sylvia
in my wallet.

But I hold this picture for them,
as promise to them,
in hope for them.

Jeremiah anticipates advent in his vision of a righteous branch.
The advent of a hope that is more than he can ask or imagine.

Jeremiah anticipates a different kind of king in his vision
of justice and righteousness.
A king who is enthroned on a cross.

Jeremiah anticipates a different kind of priest
in his vision of renewed service.
A priest who is the sacrifice.

Jeremiah anticipates a different kind of shepherd in the land.
A shepherd who counts every sheep and won’t let any be lost.

Not a one.
Not a one in this room this morning.
Not even me.