On Sunday, November 17, the Wine Before Breakfast community joined our friends at the Church of the Redeemer, Toronto, for a service featuring the music of Joni Mitchell. The texts for the evening were Psalm 98 and the beginning of the apocalyptic discourse in Luke 21.5-19.

The Mitchell songs performed were “Woodstock”, “River”, “Shadows and Light”, “Slouching Towards Bethlehem”, “Passion Play (When all the Slaves are Free)”, “Both Sides Now”, “A Case of You”, “The Circle Game”, and “Big Yellow Taxi”. While this sermon makes allusions to most of these songs, the primary point of reference is “Slouching Towards Bethlehem.” When that song, based on William Butler Yeats’ poem, “The Second Coming,” is performed just before the reading of this apocalyptic gospel text, it isn’t sure whether the song interprets the gospel, or the gospel interprets the song.] 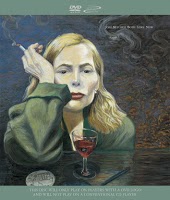 When things fall apart,
when the centre does not hold,
there will always be a blood dimmed tide,
loosed upon the world.

When nothing is sacred,
and innocence is drowned in anarchy,
then the best will simply lack any conviction,
while the worse will be full of passion without mercy.

It is never pretty when things fall apart.
And there is no cheap celebration when the centre cannot hold.

And maybe the centre could not hold,
because it was a false centre,
rooted in idolatry.

But when you come to the end of things,
it doesn’t really matter how justified
and how necessary that ending might be,
it will always be violent.

Joni Mitchell is a poet of endings.
And it is no wonder that she is drawn
to William Butler Yeats’ apocalyptic poem,
“The Second Coming.”

Many have cited Yeats.
The phrase, ‘the centre did not hold’
has almost been a mantra of postmodernity,
an apt description of the aspirations of modern culture.

But few have taken Yeats’ poem to such new heights
or, for that matter, new depths,
as Joni Mitchell.

Joni Mitchell is a poet of endings, I say.
A poet trying to get her soul free.
A poet who wants to lose the smog,
who knows that the time is ripe
for endings, and maybe, for new beginnings.

But she is not a poet of cheap hope.

She knows that we’ve been caught up in the devil’s bargain.

She knows the shadows of every picture,
the prevalence of blindness over sight,
the dominance of night over day,
the devastating power of wrong over right.

She knows the threat of all things,
the contradictions of life,
the tension between cruelty and delight,
the penchant to break the ever-present and ever-lasting laws.

And she knows that none of this is innocent,
none of it is safe.

We might well be on a carousel of time,
the seasons may well go round and round,
but this circle game can be deadly.

When you pave paradise and put up a parking lot,
something dies:
an eco-system,
a sense of place,
a relationship.

So what happens when things fall apart,
when the centre cannot hold,
when we are lost in spiritual disconnection
and cultural disintegration?

Well, write both Yeats and Mitchell,
“surely some revelation is at hand,
surely it’s the second coming.”

Surely this ending, this falling apart,
will call forth a new revelation,
nothing less than a second coming.

But a second coming of what?

The blood-dimmed tide that is loosed upon the world
is nothing less than wrath finally taking form;
nothing less than the awakening of a rough beast, in the form of a sphinx,
opening its eyes, vexed by the nightmare of 20 centuries,
coming in judgement.

This beast slouches towards Bethlehem to be born,
but this is no Christmas story.

The hour has come and it is a terrible hour,
an hour of violence,
an hour of devastating endings.

Thanks Joni.
That’s just what we all needed at the end of the last two weeks in Toronto.
No late night humour from Joni Mitchell, here.
Just a deepening of the crisis.

Thanks Joni.
That’s just what we all needed in the wake
the humanitarian crisis in the Philippines.

Thanks Joni.
That’s just what we need as we face Canadian irresponsibility
in the face of the crisis of climate change.

Joni Mitchell is a poet of endings.

So it is not surprising that Jesus, the Bible and faith
show up so often in her work.
Never before, she sings,
was a man so kind,
so redeeming.

This heart healer,
this magical physician,
this diver of the heart,
this one who prays,
thy kingdom come,
thy will be done.

Yes, there does seem to be some affinity between Joni and Jesus.

You see, they are both poets of endings.

Folks in Jesus’ time knew that the Temple was the centre of it all.

But Jesus says,
things fall apart,
the centre cannot hold.
It is all coming down,
not one stone will be left on another.

And when the centre does not hold,
a blood dimmed tide is loosed upon the world.

There will be wars and insurrections,
nation will rise against nation;
nothing less than geo-political collapse,
and a loosening of violence.

Endings never come easily.
Not in geo-politics,
not at city hall,
not in vast global economic structures,
not in the intricately interconnected eco-systems of the world,
and not in my life or your life.

Of course, both Joni and Jesus are talking here about
the endings of cultural epochs,
of systems of meaning,
of structures of oppression,
of civilizations,
their ideologies,
their stories,
and their idolatries.

But we all know that no endings come easily.

When things fall apart,
in your marriage,
in your family,
in your relationships,
deeply within yourself;

then violence can be so near to hand,
lashing out at others,
letting lose with a passion devoid of mercy,
anger and alienation,
and maybe even violence to yourself.

Joni hopes and hopes,
as if by her weak faith,
that the spirit of this world would rise and heal.

And so he offers a different path.

Testify, he says.
Tell a different story.
Sing a new song.
In the face of the violence, bear witness.

And trust, he says.

Trust and pray,
Thy kingdom come.
Thy will be done.

And in that trust,
maybe you’ll be able to see the victory of God
in which blindness gives way to sight,
day flowers out of the night,
and righteousness overcomes all wrong.

And maybe in praying,
thy kingdom come,
thy will be done,
you will find the voice to join all the earth in a song of praise,
and things that once were falling apart
will come together anew in songs of joy.

One Response to “Joni and Jesus: Poets of Endings”