[On the day before Donald Trump was elected in 2016, Leonard Cohen died. Later that week, I wrote a pastoral email to the Wine Before Breakfast community. Somehow it seems appropriate to return to that email this week.] 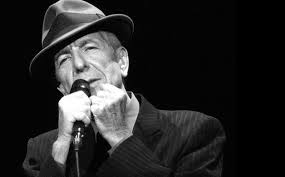 In the shadow of this week,
in the darkness of America
and in the death of Leonard Cohen,
I am drawn (with others) to Cohen’s iconic song, “Democracy.”

From the wars against disorder,
from the sirens night and day,
from the fires of the homeless,
from the ashes of the gay:

Democracy is coming to the U.S.A.

From the student protests for democracy in China
when the song was written and Hong Kong today,
to a disquieted sense of displacement at home,
the poet discerns that something is afoot.

It comes out of the chaos,
with the sirens of emergency,
amongst the dispossessed,
the shamed and the discarded.

Democracy, sings Cohen, is coming to the U.S.A.

The biting irony was, of course, clear.

Democracy is coming out of the most unlikely sources
to a place that assumes itself to be the epitome of the idea.

Do you know the difference between a one party state
and a two party state?

And that isn’t very much.
That is not much of a democracy.

So how would democracy actually come to the U.S.A.?
Or, for that matter, how would a true democracy come anywhere?

Cohen answers in the chorus:

And here’s the thing.

You can’t get to the shores of need,
except by navigating past the reefs of greed
and through the squalls of hate.

Greed and hate are the constant temptations
on the journey of democracy.

They are the constant temptations on the path
to a truly civic society.

November 3 will be an exercise in a flawed democracy.

No it was more deeply flawed than all of that.

It was tragically flawed by greed and hate.
A man whose whole life screams greed
tapped into the real needs of millions of people
by means of hate.

He has taken this particular ship of state
directly into the reefs of greed
and the squalls of hate.

Later in the song Cohen sings,

It’s coming from the sorrow in the street,
the holy places where the races meet.

If there is to be any sense of renewed democracy in the USA
it will be born on the streets of Black Lives Matters protests,
in the homeless camps throughout the nation,
in the movements for climate, LGBTQ and Native American justice.

These are the holy places in America today.

And Trump has desecrated those holy places,
as he desecrates and defiles everything he touches,
including the highest office and the highest courts
in the land.

Its coming to America first,
the cradle of the best and the worst.

Trump capitalized on the worst.

It’s here the family’s broken
and it’s here the lonely say
that the heart has got to open
in a fundamental way.

Or as Mr. Cohen sings in “The Future,”
“love’s the only engine of survival.”

I confess that I’m not that hopeful for
democracy in the USA.

Even if Trump is not re-elected,
I fear that absent of some level of mutual love,
the American project will not survive.

And it is clear that mutual love of country,
some sense of shared patriotism,
is too shallow, too empty,
indeed, too idolatrous
a love to engine any kind of survival.

No, if there is to be love it will need to be deeper,
and higher than the state, or even some idea.

Cohen is right, the heart has got to open in a fundamental way.
But what if that heart is so full of violence,
so vile and angry,
so closed in on itself,
that there can be no opening?

One Response to “Cohen, Democracy and Trump”