[A reflection on Luke 17.20-37, shared at Wine Before Breakfast on Feb. 25, 2020. When I post something like this, I kind of assume that the reader will look at the passage before reading the reflection. I know, that is probably naive. But for this one, I would encourage you to look at the passage first. That will give context for this homily.] 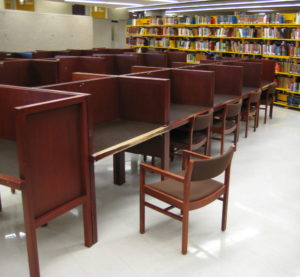 With panic in her eyes
Lenore came running around the row of
study carrels in the library.
When she saw me sitting there
her panic subsided and
was replaced with embarrassment.

“Brian, you are still here,” she confided,
“I was scared that you had been raptured.”

It was high school, and I had a clear
reputation on campus as having all the zeal
of a recent convert to Christian faith.

And when Lenore came into the library
she could see my tell-tale army bag,

and my running shoed feet,
under the table across the room.

But a few minutes later,
all she could see were my shoes and the bag.

That’s when the “left behind” panic took hold.

If I had disappeared, I must have been raptured,
and she was left behind.

You see, this theologically induced panic attack
was occasioned by the simple act
of me kicking off my shoes
and putting my feet up on the table.

On one level, it is kind of funny,
and it is easy to mock that kind of
bad theology.

And Lenore, like millions of other evangelicals,
was suffering from spiritual abuse.

So when, when I was reading my Bible
on a Via train around that time,
and noticed that the text was saying the opposite
of what was oppressing and scaring so many people,
it came as an incredible liberation.

The point is pretty simple.

Against the clear meaning of the text,
most Christians (even those who don’t like rapture theology)
have simply assumed that when Jesus says that
“one will be taken, and one will be left”
that the one taken is the Christian,
and the one left isn’t.

One is taken to heaven to be with Jesus,
while the other is left behind on earth
to face the violence and suffering of the cataclysmic end.

But the text actually makes the identity
of who is taken and who is left abundantly clear.

You see the days (and notice the plural) of the Son of Man
will be just like the days of Noah,
when they were eating and drinking
and taking and giving in marriage,
until the flood came and took them
(that is the folks going about daily life
and ignoring the warning of Noah’s ark building)
took them all away.

It will be like the days of Lot
when they were eating and drinking,
buying and selling, planting and building,
until the wildfire came and destroyed them all.

Those who do not see, or ignore,
or do not attend to the cataclysm that is coming.
The flood takes them all away.
The fire destroys them all.

Those who remain have survived,
precisely because they did not hesitate
to immediately evacuate in the face of the emergency.

The wildfires are racing towards your wedding venue?
Then get the hell out of there!
Flee, and be saved!

The levies have broken and the flood waters
are rising in your back yard?
Then get the hell out of there,
and don’t try to take the family heirlooms.

The text is abundantly clear.
You don’t need to do any special
interpretive gymnastics to see
that those who are taken,
are taken into judgement,
and those who remain
are saved from the cataclysm.

I mean, the disciples even ask
the crucial question: “where Lord?”
Where have they been taken?

“Where the corpse is, there the vultures are gathered.”

It is a horrendous image,
but the meaning couldn’t be more clear.

The taken are those who have not escaped to live another day,
but have been taken to the place of death
and destruction.

Now hold that terrible thought for a minute,
and let’s ask another question.

Why has the church,
pretty much across the board,
been so beguiled and misled as to
see it the other way around?

Why have we assumed that
“to be taken” is a good thing,
and “to remain” is a bad thing?

Well, it is because the church
has been captivated by an escapist
theology of heaven.

If heaven is my home,
then the metaphor of being taken
on the day of the Lord
must surely mean being taken to heaven.

Even though the text clearly says the opposite!

Read the writing on the wall,
discern the times,
attend to the cultural, political,
and ecological collapse all around you,
precisely so you will be able to remain
and take your role
in the rebuilding, healing and restoration of life
in the aftermath of the cataclysm.

Now, what is this all about?

The Pharisees ask when is the kingdom coming?
When are the prophesies to be fulfilled?
When will the pagan, and oppressive Romans be vanquished?
When will the messianic figure of the Son of Man established as Lord,
and the children of Israel vindicated as rulers of the world?

When will Israel be made great again?

And Jesus says,
You dumbies, you wouldn’t know the Kingdom
if it bit you in the ass!

The Kingdom is all around you.
Open your eyes and see the lepers cleansed.
Open your ears and hear the liberating word of the gospel
turning your world upside down.

He dismisses the Pharisees,
but then invites his disciples into a closer conversation.

And again, he says, don’t ask “where” because the days
(and notice again that plural – days)
the days of the Son of Man will be everywhere.

They may not be predictable,
but they come like flashes of lightning
for all to see.

But note well that such days of the Lord
will come as a radical interruption of
normal, day to day life.

So be alert, and be ready to act quickly when such a day arrives.
Your very life will depend upon it.

And I can imagine the disciples,
like the Pharisees, wondering,

“Yea, but however and whenever it comes,
we know what it will look like, right?

On the day of the Lord,
the pagan empire will be destroyed,
the Son of Man will take sovereignty
and the chosen people will rule the world.
It will be a Make Israel Great Again moment.

And here we meet one of the most
radical reversals in the whole biblical tradition.

Jesus is saying that when the kingdom comes
on one of the days of the Lord,
it will not be the empire that is vanquished, but Israel.

Israel will not vanquish the empire, it is the other way around.

And here’s the thing.
It happened.

Jesus is not talking about the second coming at all
in this passage.

He is not talking about the final “Day of the Lord.”,

Rather, this teaching is about one of the many days of the Lord
that can be discerned in history. 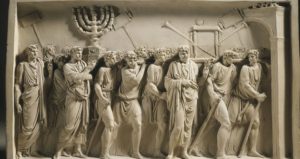 Indeed, he is talking about
a particular day,
somewhere around September 8,
in AD70 to be precise,
when the Jerusalem Temple
was destroyed,
thousands were crucified,
and all of Judea was viciously under Roman boots.

The sobering and devastating point is

then followers of Jesus,
children of the kingdom
will know enough to relinquish the old order with its false security,
discern where the kingdom is really manifest in their midst,
and remain in the ruins,
animated by an imagination of renewal,
a vision of restoration,
embracing with Jesus a path of suffering and rejection,
in radical hope.

And here’s the interesting and paradoxical thing.

While an escapist rapture theology engenders
an anxious spirituality of abuse,
a serious theology of engagement in the midst of the crisis,
even when it calls us to a path of suffering,
is oddly liberating and healing.