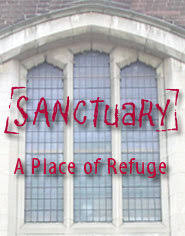 When I was in my teens, going to the evangelical church I was raised in, I learned about this manifesto that Jesus used at the start of his public ministry:

“Good News to the poor,
freedom for  the prisoners,
recovery of sight for the blind,
and freedom for the oppressed,”

The good news was for all of us.

It was incredibly reassuring to Thea at that time.
Thea who was already starting to feel some discomfort and a strange sense of pointlessness in this whole church business.
Maybe this church thing didn’t make sense because of my spiritual blindness and poverty.

If so, I could keep asking for God to make me see how the news that most of my friends and classmates were going to hell while I would be saved was actually good news.

In my twenties, I started to think that if I was a biblical literalist, maybe I should take this passage literally.

I mean, Jesus did literally recover sight for the blind,
and by his power, sometimes the apostles were released from prisons,
so maybe the rest wasn’t meant to be taken solely spiritually, either.

That left a conundrum for me, though.

Jesus’s anointing, the calling he discerned in his time in the wilderness, was to proclaim good news to the poor, which I wasn’t really – not more than the average undergrad, at least.

It was to proclaim freedom for the prisoners, and I wasn’t in jail.

It was to recover sight for the blind, and I could see.
It was to free the oppressed – which I didn’t really understand.
And it was to proclaim the year of the Lord’s favour, which might be over since it had been a few years since his time.

So, it was all a bit unsettling.

In my thirties, no longer that literalist, I realized that this feeling of being unsettled by this passage might just be the point of the rest of this story.

In this radical manifesto Jesus said,
“I’m here for the poor, the blind, the imprisoned, the oppressed”
and then a bunch of churchgoers nodded their heads and said,
“Isn’t that wonderful – so gracious,”
instead of “Huh, where do I fit in this? How do I be part of this calling of yours, so I can experience the anointing of the spirit as well.”

And if there’s anything a certain type preacher hates, it’s their sermons being treated as pleasant pablum when they’re trying to make you uncomfortable.

Some would rather be run off a cliff than told how nice the sermon was.

And now, in my forties, I find myself actually wondering more and more, what is the good news that Jesus was called to proclaim to the poor? What was it then, and what is it now?

Few truly good things are made for the poor.

Community housing buildings try to start out with some aesthetic standards, but they’re largely places built with the mindset of “this won’t ever get repaired, so use materials that are hard to destroy.”
Which makes for housing, but housing that’s often less than home. 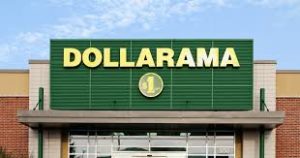 Clothes, shoes, housewares made for the poor often look shiny and nice on first perusal, but all that’s gilded isn’t gold.
Things that seem good often are actually secretly tainted or garbage.
Dishes from Dollarama chip more quickly than similar looking dishes from other stores.

Clothes from fast fashion outlets fall apart in the wash.
Shoes are stiff where they should be soft, and vice versa, causing pain over the kilometres that many people have to walk everyday, since they can’t afford transit or other means of transportation.

So, how could I ever trust that Jesus actually has good news on offer?
How can my friends at Sanctuary?

My friend Andrew was told there was good news for him when he was a child.
He was apprehended in the first year of his life, as part of the sixties scoop.
He can’t remember his birth mother at all, but he could vaguely remember moving out of foster care and into an adoptive home as a toddler.
Good news! A kind couple wants you and wants to love you and raise you as their own.
It’s a vague memory, that good news.

What’s a strong memory is when he was eight, and that kind couple, in the midst of divorce, decided that neither of them was ready to raise a child alone.

What’s a strong memory is them both realizing how much harder it would be to date with a child – particularly an indigenous child – in tow. Potential partners might make unpleasant assumptions.
And so, they returned him to child protective services with all apologies, and he went back to foster care.

In the end, many of us aren’t ready to make good news for the poor truly good because it’s more costly and less convenient for those of us who aren’t poor.

Making the Dollarama dishes out of better materials might mean that the Rossy family would only be wealthy, instead of worth 2.5 billion dollars.

Planning for the community housing to get ongoing care and repairs might mean Toronto doesn’t have the lowest property taxes in Ontario.

And keeping the child they adopted might have made life more difficult and costly for Andrew’s second parents.

But, in the end, good news for the poor isn’t easy, it isn’t simple and it isn’t convenient.

As Aileen Verdun wrote here last week, good news for the poor is about a life of love and sacrifice.

It’s about making ourselves less comfortable so that other people have a hope for something better.

And it’s particularly difficult and painful, even enraging, as the Nazarenes in the synagogue discovered, when the people we’re making ourselves uncomfortable for are those that aren’t like us. When the good news is for people who are difficult or ungrateful or just “other.”

This question of what is good news for the poor is particularly resonant for me right now.
This has been a hard year at Sanctuary.

We’ve had the most deaths we’ve had in a year since I started, including two murders.
Two murders. That’s how many murders we had over the seventeen years that I’ve been on staff.
But this year we’ve matched that- unimaginable to us.

We’ve also experienced several incidents of awful violence
and are treating overdoses constantly,
or at least that’s what it feels like.

This is all stuff that’s deep trauma for our whole community.
And we can feel it, we’re all starting to fray at the edges.

But, in the midst of a terribly difficult year, we’ve had each other.

And we’ve also, somehow, had this hope of a news that’s good all the way through,
but I’ve struggled to understand what the news might be.

That’s why this sermon had been revolving around the question of good news – because, quite frankly, I need it.

And I’ve come to realize that the good news might have been in front of me all along.
The call was coming from inside the house.

The good news that Jesus was anointed to proclaim was himself,
and any good news for today is embodied in you and in me.

We are all, actually, the children of God.
God actually loves us,
and somehow, for some unfathomable reason,
the creator of the universe is proud of us.

And, if we internalize that,
and seek to understand what that means,
if we go into the wilderness, far from empire,
we’ll realize that we too are anointed by the spirit
to lead lives, together, of humility, service, sacrifice and love.

Lives where we choose to be a little less comfortable
so that the oppressed can be made free.

And that, my friends, might be actual good news.