[The third in our response to essays appearing at The Living Church site.] 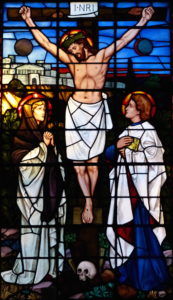 Given the way that positions have hardened over the last little while in the debate over changing the marriage canon, it was almost a pleasure to read Dane Neufeld’s “Testing the Spirits: Catholicity and the Marriage Amendment.” This piece rightly names the complexity and inter-relatedness of the issues facing General Synod this summer, particularly around Indigenous cosmology and relation to the land, as well as the difficulties that our colonial past have created in discerning the roots of Indigenous and African positions on same-sex marriage. As Dr. Neufeld puts its: “Is the theological conservatism of African Anglicans, for example, a broken mirror to our tortured past, or a witness and memory of something we have lost?” As he indicates, the question of same-sex marriage is only the current presenting issue for a problem that is much deeper and with which we will have to grapple more fundamentally.

It is such complexity that makes his call to ground our discussion in discernment of the fruit of the Spirit in our midst so important. This is an argument that I made over fifteen years ago when I first wrote about Acts 15 as a template for discerning how the church engages in decision-making around difficult topics. Can we see the fruit of the Spirit in the lives of our LGBTQ+ siblings? There are many who argue that such fruit is indeed present not only in the lives of individual LGBTQ+ Christians but also in LGBTQ+ Christian communities such as Generous Space Ministries.  (I should add that some have suggested to me that even insisting that the affirmation of same-sex marriage be somehow dependant on the evidence of the fruit of the Spirit is demanding a much higher standard from LGBTQ+ Christians than cis straight Christians, since such fruit is conspicuous in its absence in so many of our ecclesial interactions around other issues).

I also appreciated the candour with which Dr. Neufeld cautioned against seizing upon politically expedient aspects of Indigenous Christianity to serve particular agendas. This has been been true across the board in a culture that wishes to give lip-service to reconciliation, but is not willing to engage in the hard work of reparation and self-sacrifice that is essential for such reconciliation to take place.

However, there are other points in his argument where Dr. Neufeld does not acknowledge the complexity of the issues he discusses. First, and most startling, is his parenthetical admission that Indigenous Anglicans are not unanimous in their views on same-sex marriage. This seems to me to be a critical and crucial point that deserves more than a passing reference. Although, as Bishop MacDonald has indicated, marriage in Indigenous traditions is rooted in a much larger cosmology, it is also clear that there is considerable diversity on this issue in the Indigenous church (and in wider Indigenous society in general). One way to practice sensitivity in this discussion, therefore, is to desist from treating “Indigenous Christians” as a monolithic whole with one viewpoint.

The other place where Dr. Neufeld’s argument falls short is in his simplistic and exegetically sparse understanding of “unity” in relation to the larger church. To be fair, he is not alone in this. All the articles in the Living Church series have treated “unity” as if it is a desirable goal without exploring what Paul’s appeals to unity actually referred to in the early church. There is no merit in being united in a cause that is antithetical to the gospel. For instance, the church demonstrated a high degree of unity in its understanding of the colonial project and in its participation in the genocide of Indigenous peoples in Canada. This unity made it possible to engage in similar actions across widely divergent denominational lines. This was a point of remarkable ecumenical unity. And it was deeply sinful, so sinful that the church has rightly repented of its actions.

Perhaps it would be helpful to look at the Biblical texts for some guidance on what kind of unity we actually seek. When Paul calls for unity in the letter to the Philippians, he is speaking of being united in love and humility and of having the same mind as Christ Jesus, who emptied himself, took the form of a slave, and humbled himself to the point of death on a cross (Phil 2.1-8). This is a unity that leads to the cross, a unity of suffering love that considers the interests of others more than one’s own (Phil 2.2–4).

Similarly when Paul discusses unity between the powerless and the powerful in Romans 14 and 15, he is concerned with welcoming those who are powerless, as Christ has welcomed us (Rom 14.1–15.7). Such unity means that no one passes judgement on another or treats another with contempt (Rom 14.3,4,10-13).

And in Ephesians, that great letter of peace and reconciliation, Paul describes the unity that is now possible between Jews and Gentiles as possible because the hostility between the two has been broken down with the abolition of the law with its ordinances and commandments (Eph 2.14 & 15). There are many more texts that could be employed to make my point. But these three are representative enough.

For Paul, unity is not unity at all costs, but rather unity in suffering love for the sake of the powerless. It is unity and reconciliation in the face of hostility. It is unity that is willing to walk the path to the cross with Jesus. It is a cruciform unity.

The implications of these texts in relation to unity with the global church are startling. When we think of unity, we need to ask ourselves, who are the suffering ones? In addition to those who are suffering hunger and poverty due to our abuse of creation, and in addition to the suffering of Indigenous peoples around the world due to the continued impact of colonial structures and extractive economies, many in the LGBTQ+ community around the world suffer discrimination, exile and abandonment, violence, torture and death—all things that Jesus experienced. Such is the reality in our own schools and towns.This is why gay and trans kids commit suicide at such alarmingly high rates. What should the response of those who have the mind of Christ be to such suffering? The call of Jesus is to walk with the oppressed (Romans 12.16), it is to be united in our desire to protect those who are the victims of such hostility, it is to humble ourselves and be willing to walk the path to the cross with those who are the victims of violence, injustice and abuse. This means that our unity should be rooted in putting to death the hostility that creates such violence (to quote Ephesians). Unity with those who agree with violence and hostility towards the powerless is antithetical to the gospel. It is not faithfulness. It is not the unity that the Bible calls us to.

The call to a cruciform unity in bearing the suffering of the powerless in the face of injustice is the thread that binds together these issues that are facing general Synod. As Dr. Neufeld has indicated, the resolutions concerning the Marriage Canon, Indigenous self-determination, and the stewardship of God’s creation are all inter-related.

6 Responses to “Unity and A Crucified Messiah: A Response to “Testing the Spirits.””